Until the bespoke made canvas was left at my door almost too big for me to hold up, it had not occurred to me the scale of the project I had just undertaken. As I write this I am in the final stages of finishing this piece, but just over 5 weeks ago I couldn’t have imagined having filled a canvas measuring 80×80″ inches squared.

I was commissioned to create a peacock painting for an office space. Immediately I knew I was never going to waver on if I would take this project on or not. The symbolism behind peacocks played a large part for the company and its meaning was something that resonated with myself very clearly and personally. The imagery of a peacock in my eyes is one of the most spectacular natural wonders, a peacock feather alone fascinates me. The colours have always been my favourite palette and the elegance is just very ‘me’…

I have documented the progress from the first session onwards and hopefully the scale is shown with justice to the actual size. 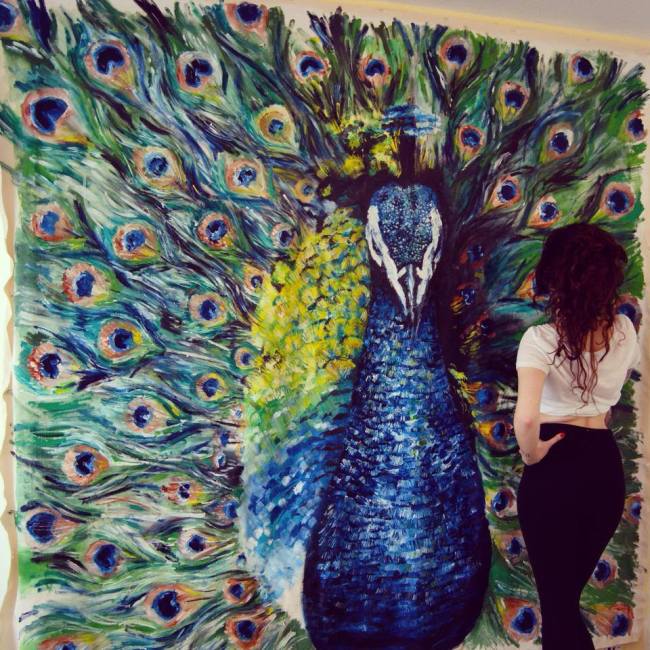 Close up to show the detailing in the feathers. 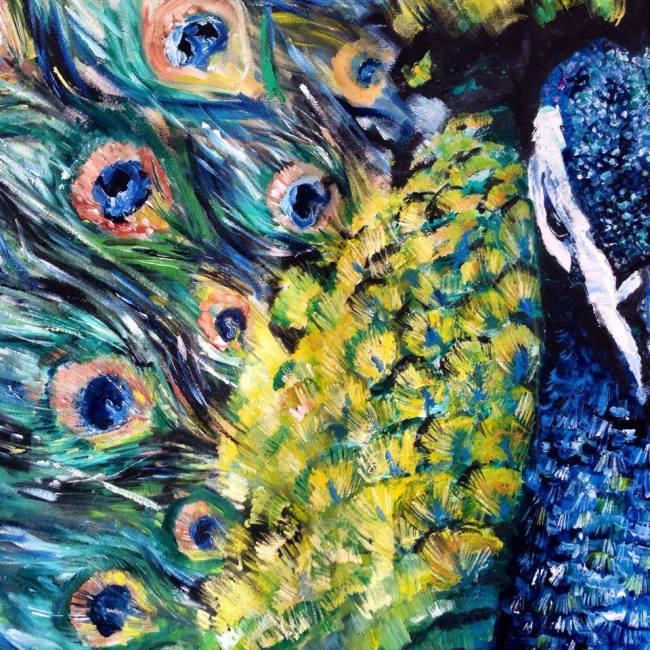 Aside from waking most days with a very sore right shoulder, this piece has needed the use of a step ladder, which is apparently hilarious when you misjudge a step and land with a full palette on your lap…. It is safe to say this piece was a world away from sitting at an easel painting dreamy scenes of dainty birds, but hopefully this shows in the end result, the raw hard work that has gone into it over the last 5 weeks.

Keep an eye out for the next post showing the home stretch and final sessions, followed by the finished piece.

There was an error retrieving images from Instagram. An attempt will be remade in a few minutes.